It is pleased to announce that following the CSKOBA 2010 Annual General Meeting held on 27th June, Sunday at CSK, a new committee was elected to serve the Association for the term of 2010/2011. 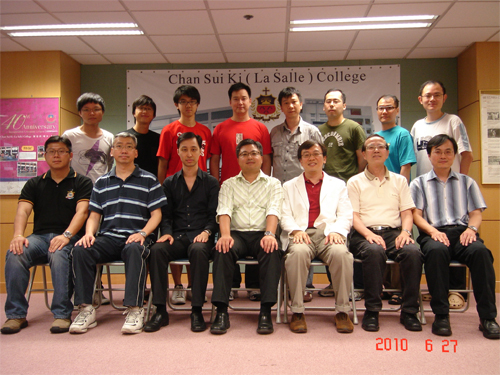 Under Clause 23(a) of the Articles of Association, one-half of the Committee who has been longest in office since last election shall retire from office and shall be eligible for re-election.

Due to some personal reasons, Timothy Ho (1981), Colin Leung (1981) and Marcus Fung (1994) decided to remain retire from the Committee and not offer to be re-elected. We appreciate their contribution towards the Association over the past years.

The other retiring Committee Members had been re-elected successfully to hold office in the coming year. Two new Committee Members on board this year : Choy Tze Kin (1985) and Markus Nam (1998). We are sure that their vast working experience in their respective field would certainly benefit the Association to a great extent.

For the office-bearer election, Ronny Tang (1979) was elected as the President of our Association and Larry Leung (1990) was elected as Vice-President, Jonathan Wong (1981) as Treasurer, and Jack Tam (1990) as Secretary serving the Association in the new term.

This site uses User Verification plugin to reduce spam. See how your comment data is processed.